Hearing from Tom Waits that he really loves your version of a song is a massive accolade for any musician. So Krisz Kreuzer, founder of blues collective Brixtonboogie, was not unimpressed when Waits said precisely that recently about the German blues artist’s cover of his song Way Down In The Hole.

Way Down In The Hole is one of 16 tracks on Brixtonboogie’s second album. For Kreuzer, Crossing Borders was the next logical step in their musical evolution after their debut album Urban Blues, which brought the genre into the present day and topped the German iTunes Blues charts on its release in 2009. The project was in fact born by chance when guitarist, harmonica player and producer Kreuzer came across his old blues record collection in his Hamburg studio one day. ”I grew up with Blues”, he reveals. ”It’s music that endures, music with dignity and determination. We at Brixtonboogie want to uphold that tradition, but of course we don’t want to go down the same old beaten path. Nobody needs the hundred thousandth version of Sweet Home Chicago, and I don’t see myself as the executor of some Blues ghetto either. We embrace, play and live the Blues – but in the here and now.” 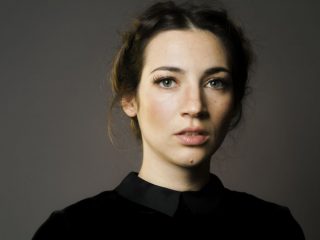