After the success of their breakthrough debut EP ‘Into Happiness’ last year, Swedish outfit Slide now return to deliver the first taste of their forthcoming EP, ‘Hello Spirit’ through If Music Could Talk.

Bringing back the same adventurous and dynamic sound we have enjoyed from them since the very beginning, the Stockholm-based duo’s latest offering is genre-mash that takes inspiration from the worlds of indie-rock and alt-pop in equal measure. With its bouncing production and atmospheric vocal hooks, ‘Hello Spirit’ is the first example lifted from their new EP ‘Things I Tell Myself’, which is set to arrive later this year.

Speaking about their new cut, they added, “We wrote this song quite some time ago but we’re happy we finally get to release it and show it to everyone. I guess you could say it’s about having a bad trip and breaking free from that experience. And then also breaking free from all the bad habits you use to comfort yourself. “Throw away the jackets that I own, I don’t think it’s raining where I’m going” is pretty much just saying that whatever it is I am and wherever I’m going, whether it’s heaven or some kind of hell, I want to take it for what it is and not drown that experience in substance or bad relationships.”

Last year, Stockholm’s Albin and Simon introduced themselves with the accomplished debut EP, ‘Into Happiness’, a charming collection of grunge-infused anthems. The release not only racked up Spotify streams and earned substantial airplay from stations such as LA based KROQ, Swedish P3, Radio France, Austrian FM4, Dutch 3FM, German SWR 3 and Flux FM, but established Slide as one of their generation’s more interesting bands – giving a modern twist and a new perspective to the classic genre.

With their upcoming release of ‘Things I Tell Myself’ EP, they’ve decided to rip it up and start again. It doesn’t just exceed expectations but defies their own past – embracing that rebellious punk spirit to coalesce new sounds and daring soundscapes: you’re more likely to find swaggering hip-hop beats, pop sensibilities and an unparalleled attitude than your standard rock fare. The tunes are all the better for it.

Accompanied by a set of videos shot in Los Angeles, the band’s latest EP is just the start of a bold new era. With fans already clamouring for new music on their social media channels, the duo trust that they recognise the band not just for their rock songs, but for harbouring the outspoken attitude too. Work on the next EP is well underway, and they’re keen to keep honing their craft. 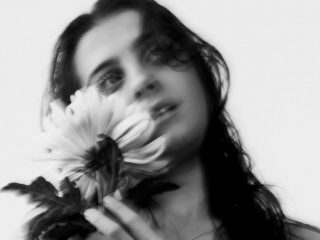 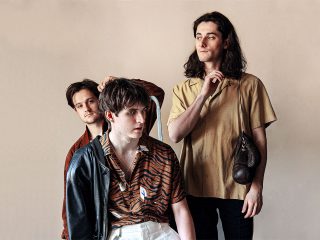