London based electro-pop duo Dahlia Sleeps return with their new EP ‘Overflow (a-side)’. Two years in the making and almost 6 years since their debut single, producer/writer Luke Hester and singer/writer Lucy Hill will release Overflow in two parts – the first of which will be out on October 19th, with the B-side to follow early in 2022.

Dahlia Sleeps have wide ranging influences from dark electronic acts like MOVEMENT, Autechre and Burial to the lyrically poetic works of Florence + the Machine, Radiohead and The National, shifting between genres from dance to electronic to pop and taking their influences as they go.

Over the years Luke has invested every penny – even if it means living off beans – into building an exceptional studio space with a dizzying collection of synthesisers, recognisable across Dahlia Sleeps’ records. As a self-taught (and somewhat obsessive) producer, he has developed his own unusual and experimental methods for processing instruments which have created Dahlia Sleeps’ unique sound. For example, taking vocals and processing them through a derelict warehouse before pressing them into quarter inch tape. These techniques have enabled Dahlia Sleeps to create their own musical personality, full of emotive and evocative sounds. Some of the instruments they’ve used on upcoming releases include Pro-1, Prophet 5, Juno-60, Moog, live drum kit, drum machines, upright piano, acoustic & electric guitar, bass guitar, cello and tape machine.

Lucy is a writer and lyricist. She is heavily inspired by the works of poets Nayyirah Waheed, Mary Oliver, Kate Bush and more. She believes in the importance and power of words, in centering lyrics to tell a story.

To date Dahlia Sleeps have gained millions of plays across platforms and have appeared in publications including FADER, Clash (“Wonderfully engrossing, the band’s nuanced electronic-pop operates in a template of its own”), Complex (“If you’re yet to hear about Dahlia Sleeps, then you better start taking note”), DIY (“They shoot for the stars with no second thought”), Pigeons and Planes (“One of those bands that just have the „it“ factor”), Line of Best Fit, Hillydilly, The 405, Hunger TV, Wonderland Magazine, Cool Hunting & Schön Magazine.

On the radio Dahlia Sleeps have been a BBC Introducing featured artist and had a number of tracks spun on Radio 1’s Huw Stevens as well as getting a spot on the Glastonbury Emerging Talent shortlist.

Dahlia Sleeps has soundtracked TV shows in the UK (Love Island, Made in Chelsea, The Voice) USA (Queen Sugar, Pandora) and elsewhere (Köln 50667 in Germany). Live they have played the length of the UK from Glasgow to Brighton, with sold out headline shows at The Lexington and Omeara in London and a UK support tour with Arctic Lake ending with a sold-out show at Oslo, London.

They enter this new phase of their musical careers as recording artists, hanging up their live set, for now, in order to focus on continuing to create new music. 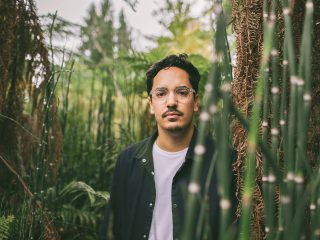